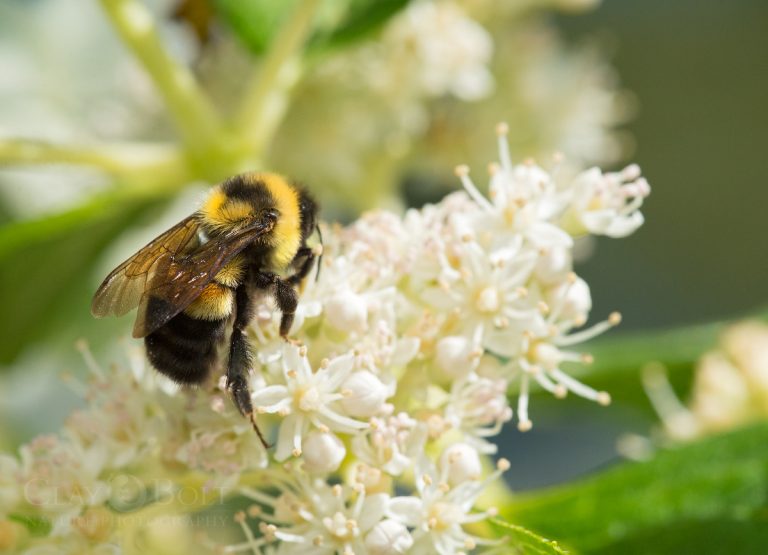 While being on the endangered list would seem like a horrible state for a species, in fact it is a hopeful step for the once abundant rusty patched bumble bee. According to the New York Times, “When a species is listed as endangered, the Fish and Wildlife Service is required to design a recovery plan, which is often carried out by other agencies, nongovernmental organizations, universities and tribes. Other federal agencies have to check that their actions will not hurt an endangered species or its habitat, particularly when it comes to land use planning.”

Kudos to the US Fish and Wildlife Service, the Xerces Society, photographer and documentarian Clay Bolt, and others for securing this status for the rusty patched bumblebee in a relatively short period of time compared with the time it has taken for other species. The fact that a bumble bee was declared endangered is an indicator of the growing awareness of the role that bees and other pollinators play both in food security and the reproduction of ninety percent of the world’s wild plant species.

​Here is the New York Times article and the Xerces Society’s press release.

The U.S. Fish and Wildlife Service final rule (Public Inspection Document, scheduled to be published 1/11/17) is available on the Federal Register, https://www.federalregister.gov/documents/2017/01/11/2017-00195/endangered-and-threatened-species-rusty-patched-bumble-bee