A lush, green, weed-free lawn has historically been center stage in American landscaping. It tells the whole neighborhood that you are a competent, hard-working, contributing member of society. Dandelions and an overgrown lawn are a sign of neglect, incompetence, and laziness⁠—or so our culture would have you believe.

Americans have a love affair with lawns⁠—maintaining roughly 40 million acres, or 2% of land in the US, making them the single largest irrigated crop we grow. Lawns require frequent mowing, raking, fertilizing, weeding, chemical treatment, and watering⁠—sucking up time, money, and other resources. Not only are lawns burdensome for the people maintaining them, but they also provide little positive benefit to wildlife, and in fact are often harmful. The traditional monoculture lawn lacks floral resources or nesting sites for bees and is often treated with large amounts of pesticides that harm bees and other invertebrates. When we think of habitat loss, we tend to imagine bulldozers and rutted dirt, but acres of manicured lawn are as much a loss of habitat as any development site.

Re-thinking the American lawn can take a variety of forms from reducing mowing frequency or area mown to permanently converting lawn to a more diverse and natural landscape.

Do More By Doing Less

Mowing your lawn less creates habitat and can increase the abundance and diversity of wildlife including bees and other pollinators. One way to reduce mowing is by participating in Now Mow May. No Mow May is a conservation initiative first popularized by Plantlife, an organization based in the United Kingdom, but which is gaining traction across North America. The goal of No Mow May is to allow grass to grow unmown for the month of May, creating habitat and forage for early season pollinators. This is particularly important in urban areas where floral resources are often limited.

In 2020, residents of Appleton, Wisconsin, an affiliate of Bee City USA, became energized about No Mow May and the City Council agreed to suspend their weed ordinance for the month of May. Over 435 registered property owners participated in the campaign, and Lawrence University, an affiliate of Bee Campus USA, partnered with Appleton to conduct research on the impact of No Mow May on pollinators. Researchers Israel Del Toro and Relena Ribbons collected data on the abundance (the number of individuals) and species richness (the number of species) of flowers and bees found in unmown yards of a subset of the properties participating in No Mow May. They then compared those numbers to the abundance and richness of flowers and bees found in nearby urban parks that are regularly mowed. The findings were impressive! Not only were the abundance and richness of bees higher in the yards of properties participating in No Mow May, but they were way higher. Participating yards had three-times higher bee species richness and five-times higher bee abundance than nearby parks that had been mowed. This study was published in 2020 and is available for free download online. Empowered by their success in 2020, Appleton has spread the word and attracted even more participants in 2021.

Other studies have looked into how reducing the frequency of mowing throughout the growing seasons impacts bees. In a recent experiment conducted by Susannah Lerman, a research ecologist with the USDA Forest Service’s Northern Research Station, Lerman and her collaborators explored whether different lawn mowing frequencies influenced bee abundance and diversity. The team mowed herbicide-free suburban lawns at different frequencies (every week, every other week, and once every three weeks) in Springfield, Massachusetts. The results of their study found bee abundance increased when lawns were mown every other week. Mowing every three weeks resulted in more than double the number of flowers available in lawns (mainly dandelions and clover), and increased bee diversity⁠—yet lowered overall bee abundance versus the every-other-week strategy. The researchers hypothesize that, while the three-week mowing cycle left more flowers in the lawn, the length of the competing turfgrasses made the flowers harder to find. Lerman and her colleagues documented a staggering 93 species of bees, with supplemental observations bringing the total number to 111 bee species⁠—nearly a quarter of all bee species native to the area!

The efficacy of reducing mowing may be expanded upon by altering the composition of your lawn to include more flowering species. A “bee lawn” may include Dutch clover (which captures nitrogen and helps feed the lawn) as well as other low-growing flowering plants such as creeping thyme (Thymus spp.), self-heal (Prunella vulgaris), and others. Some plants, such as native violets (Viola spp.) may already be present and should be encouraged as they are valuable host plants for fritillary butterflies. For more information about creating a flowering lawn please see the resources at the end of this blog.

Lawn certainly has its place. It provides a perfect platform for kicking a ball around, provides “accommodation” for the needs of pets, and can be used to define space in landscape design. But how much lawn do you really need, and to what standard must it be maintained? Do your kids need a perfect, weed-free lawn to play on? Do you really need to measure your lawn in acres rather than feet? In addition to reducing the amount you mow—think about reducing the amount of lawn that needs mowing. In place of that lawn, consider planting a rain garden, pollinator garden, or wildflower meadow—or replacing your turf grass lawn with native lawn alternatives.

What About Weed Regulations?

Most cities and municipalities have some form of weed ordinance that dictates the height and sometimes even the types of plants a homeowner is allowed to grow. Unfortunately, many of these ordinances are woefully out of date and out of touch with the modern movement towards creating yards that support wildlife in urban settings. While local ordinances will vary greatly from place-to-place, here are a few tips for keeping local officials, and your neighbors happy:

White paper from Yale’s Environmental Protection Clinic: Toward Sustainable Landscapes: Restoring the Right NOT to Mow

No Mow May Signs 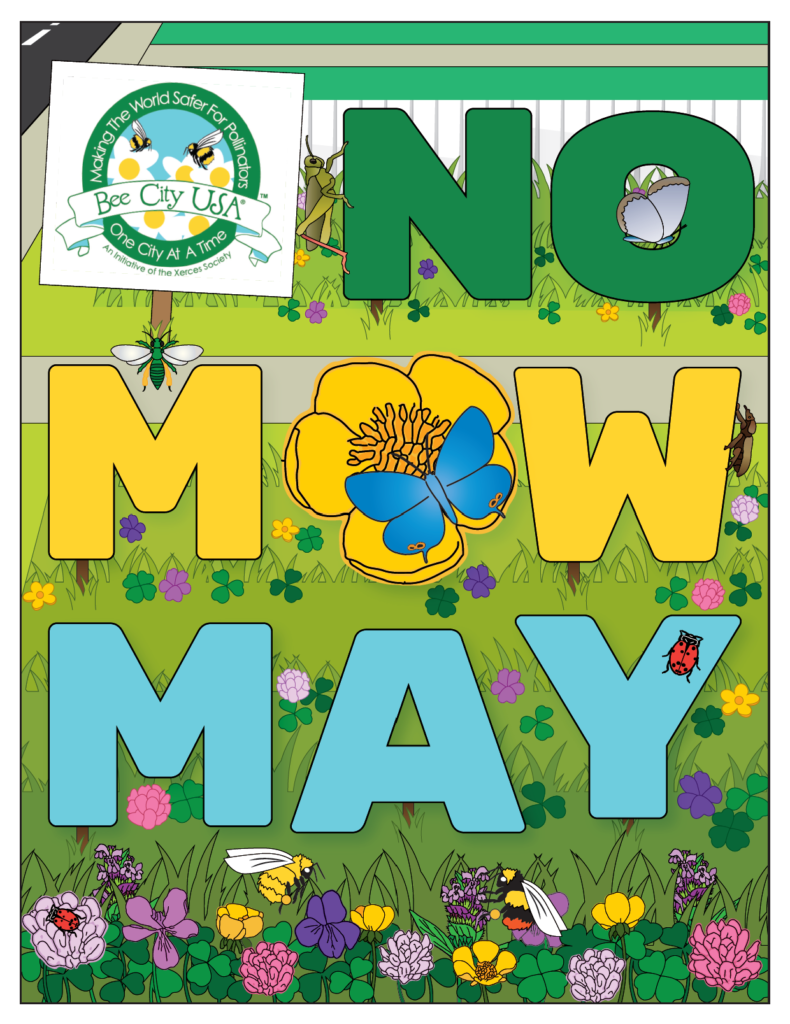 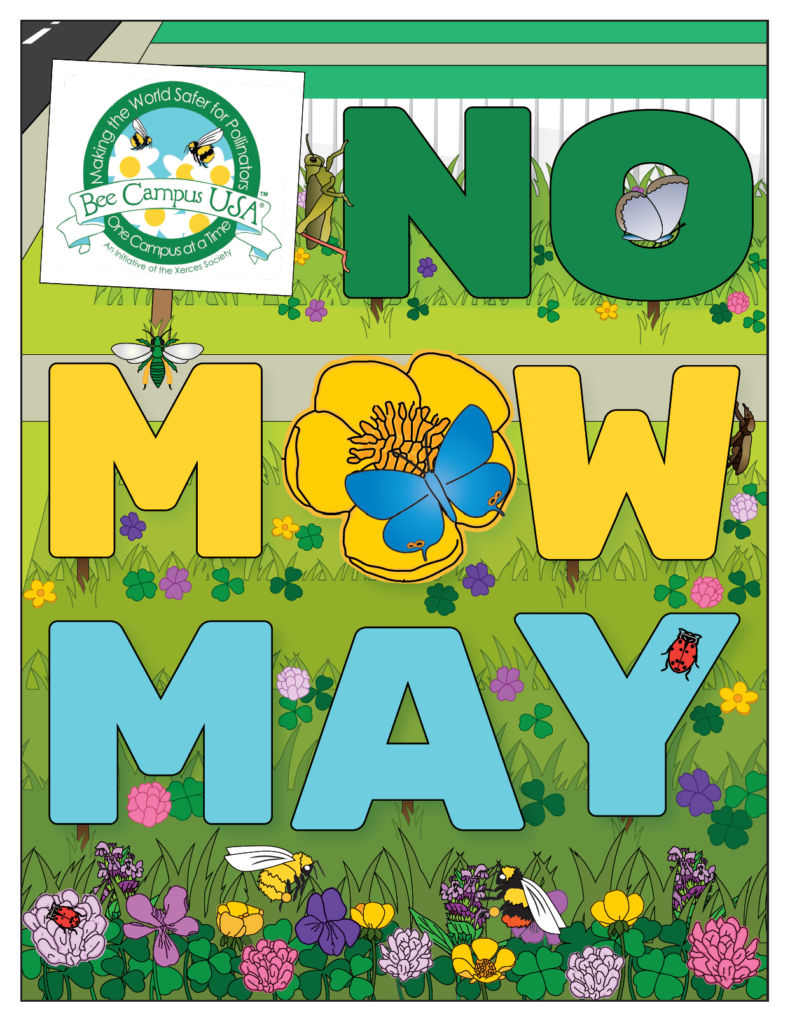 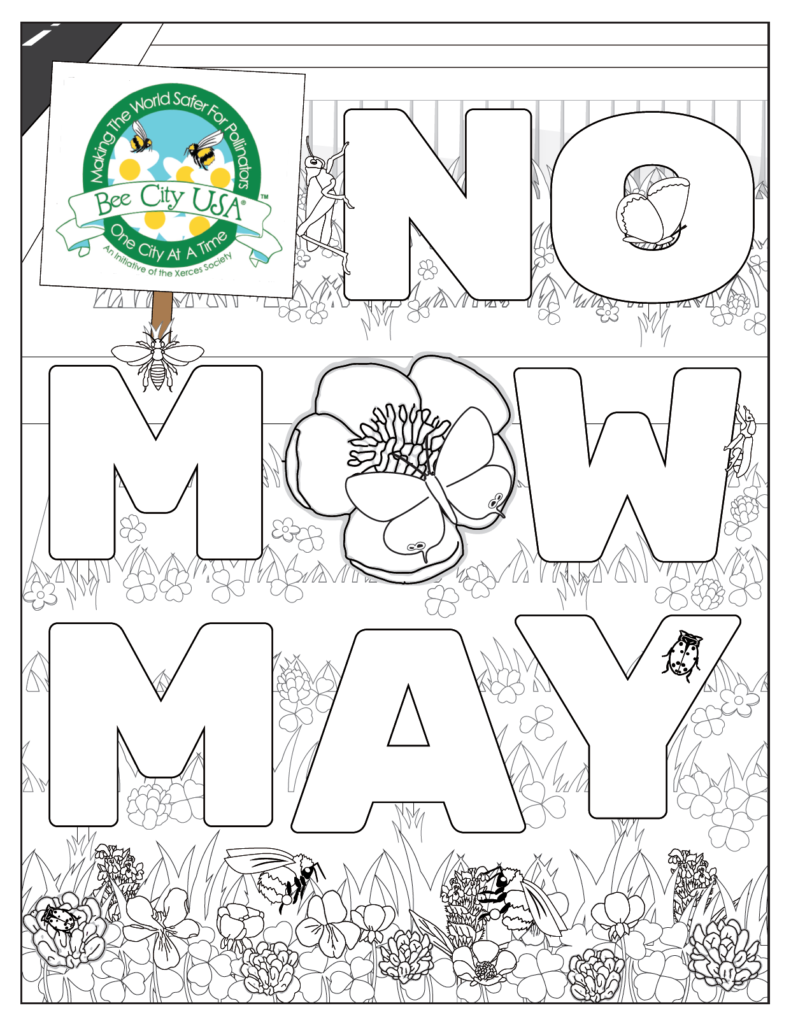