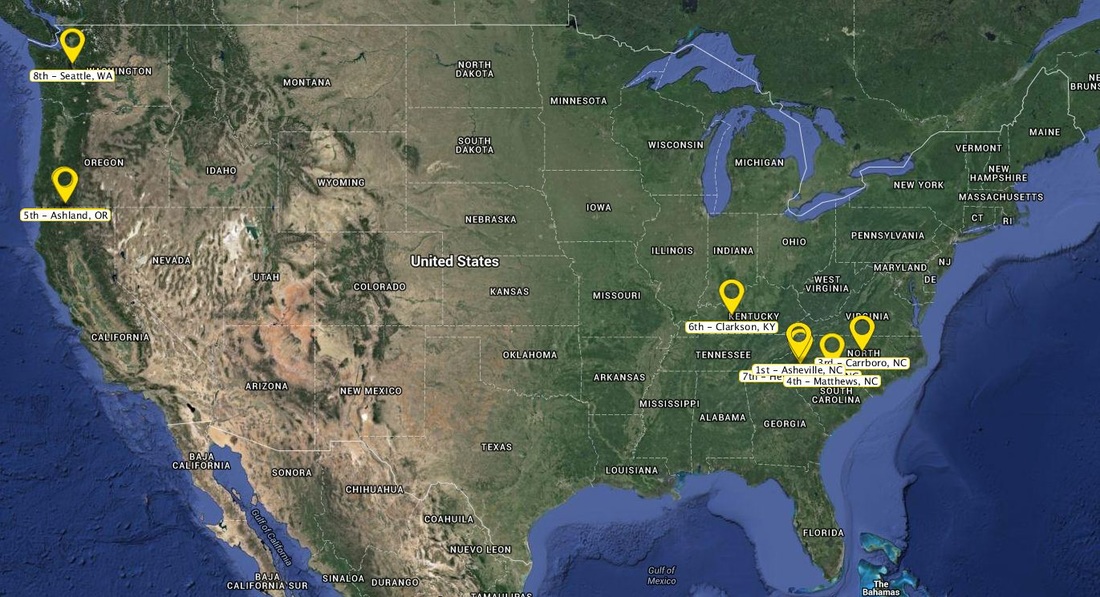 Bee City USA Certified Cities created with eSpatial mapping software.
Seattle’s City Council voted unanimously today to become a certified Bee City USA community, bringing the total number of certified cities to eight! This followed their vote on September 23, 2014 to prohibit use of neonicotinoid-based pesticides on all city-owned and operated land, as this class of pesticide is linked with harm to critical pollinating insects, like bees. The Seattle Department of Transportation, Seattle City Light, Seattle Public Utilities, Seattle Center, Finance and Administrative Services, Seattle Department of Parks and Recreation and Seattle Public Libraries all made the recommendation to eliminate the use of neonicotinoids at City facilities.

Bob Redmond, owner of the Urban Bee Company and executive director of The Common Acre, which was instrumental in bringing pollinator habitat and art to Sea-Tac airport (the “Flight Path” project), was also instrumental in building a coalition over the past two years in support of Bee City USA certification.

Many thanks to Bob Redmond, Seattle City Council, Seattle City Light,  Seattle Department of Parks and Recreation and the countless other pollinator advocates in Seattle for their passion and vision!