Why Not Thank a Pollinator This Thanksgiving? 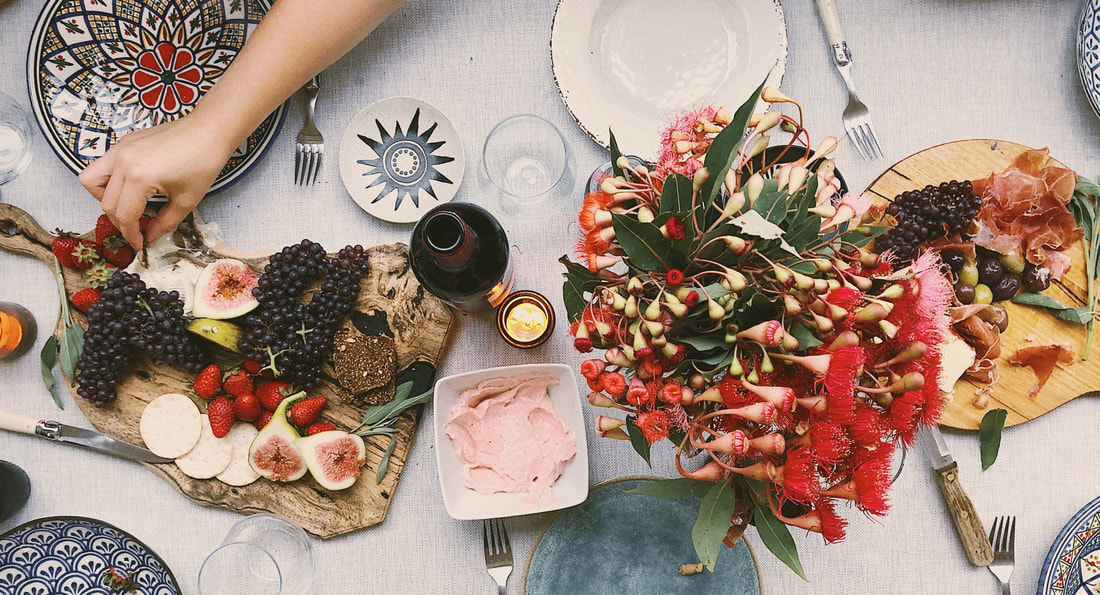 By Phyllis Stiles, Bee City USA Founder & Pollinator Champion, Xerces Society
​
In honor of the hardworking pollinators that help our most nutritious foods grow and fruit, this Thanksgiving, why not make a vase of flowers the table centerpiece rather than a turkey? To us, flowers represent beauty, celebration, or sympathy in times of grief, but to pollinators, they represent a feast of pollen and nectar.

One in every three bites of food we eat is courtesy of insect pollination. This includes not only tasty things like chocolate, pumpkins and cranberries, but also foods that provide us with a major proportion of essential micronutrients like vitamins A & C, iron, zinc, folate, amino acids and antioxidants. Even the alfalfa and clover that cows eat to produce milk—from which we make cheese, butter and whipped cream—depend on pollinators.

​America’s Thanksgiving tradition commemorates a feast in 1621 shared by the Wampanoag Tribe and the Pilgrims. The pilgrims, religious separatists from England, spent a grueling winter off-shore aboard the Mayflower, a venture that claimed the lives of about half of the passengers. Momentarily pausing hostility between the indigenous people and the European colonists, Native Americans offered the English colonists much welcomed hospitality, honoring their tradition of celebrating the fall harvest.​

While the first pollinator to come to mind for most people is the honey bee, it, too, was a European immigrant that arrived on a ship in the 1620s. They soon met their plentiful American pollinator cousins—bumble, mason, squash, leafcutter and mining bees, as well as moths, beetles, hummingbirds, butterflies, bats and flies and thousands of other species. Pollinators travel from flower to flower feeding on or gathering nectar and pollen, and along the way pollinate flowers, enabling plants to make seeds to reproduce. That’s why we have fruits and nuts!​

There are about 3,600 species of native wild bees in the United States, but their numbers are declining due to habitat loss, pesticide exposure, poor nutrition, climate change and diseases. Roughly a quarter of North America’s bumble bee species are in decline. Indeed, the previously widespread rusty patched bumble bee was added to the Endangered Species List in 2017.​

When we take care of pollinators, we take care of so much more. By planting a diversity of plants that were here long before the colonists, and by avoiding insecticides, fungicides and herbicides, not only do we ensure food supplies for us and wildlife, we also encourage beneficial insects that prey on crop pests. All of the fragrant, colorful flowers aren’t so bad either.​

So, as you scoot that cranberry sauce onto your bite of turkey, thank a bumble bee. And when you savor that pumpkin pie, thank a squash bee. If it’s served a la mode, thank a leafcutter bee for pollinating the dairy cow’s alfalfa. If you chase it with a cup of coffee, thank a tropical stingless bee or fly.

Happy Thanksgiving to pollinators and people!​

An initiative of the Xerces Society, Bee City USA’s conservation work is powered by our donors. Your tax deductible donation will help us to protect the life that sustains us.